How to install Linux distributions

Windows has the highest market share compared to any other operating system now in market. Windows is popular all over the world and as a side effect of it many hackers produce viruses or malware that would harm users data in Windows system. So to protect our system from these malware and viruses we need to buy antivirus software like Quick heal, Norton, Kaspersky and install it into our Windows system.  Linux on the other side doesn’t require any antivirus software as it is not used as much as Windows and also the security level provided by Linux kernel is high compared to that provided by Windows.

Linux provided its users to develop their own operating system in Linux. Over years many distributions of Linux have come up and is now famous among developers. Some of them are Ubuntu, Fedora, Linux Mint etc. Linux is not only used in desktop or laptop computers but also are used in servers and other portable devices. They are mainly used in most of the servers over the world because of the security it provides. Linux is the most secure operating system comparing to others currently running in market. We know that you would be interested of trying Linux yourselves and today we will tell you the easiest steps to install Linux.

We will prefer all the beginners to start using Linux with the Ubuntu distribution as it is good and easy for newcomers and afterwards you can easily move on to next level. You can install Linux in your machine in 3 ways.

1. Install Ubuntu as your primary operating system or do a clean install.

Some laptops and PCs available in market doesn’t have Windows pre-installed in it and also the cost of Windows pre-installed machines are more than those which doesn’t have it. So in this case you need to install Ubuntu operating system into your device and use it as a primary operating system. For that you need to follow the below mentioned steps:

2. Download Rufus tool for its website mentioned below. This tool is used to make a bootable disk for Ubuntu Linux.

4.Click on install. It will make your USB stick bootable and with all installation files of Ubuntu Linux.

5.Now restart your PC or laptop and when your manufactures icon appears on screen press F10 or F12. It changes according to devices. If your option don’t come up enable boot option from bios setting by pressing F2 on restart.

7.Select your language and click next. Now select the option “make a clean install or overwrite” option.

8.Now click next and enter any username and password. It will automatically install all files and restart.

9.That’s it your are done with installation of Ubuntu Linux.

2.Install Ubuntu alongside with Windows or Dual boot. 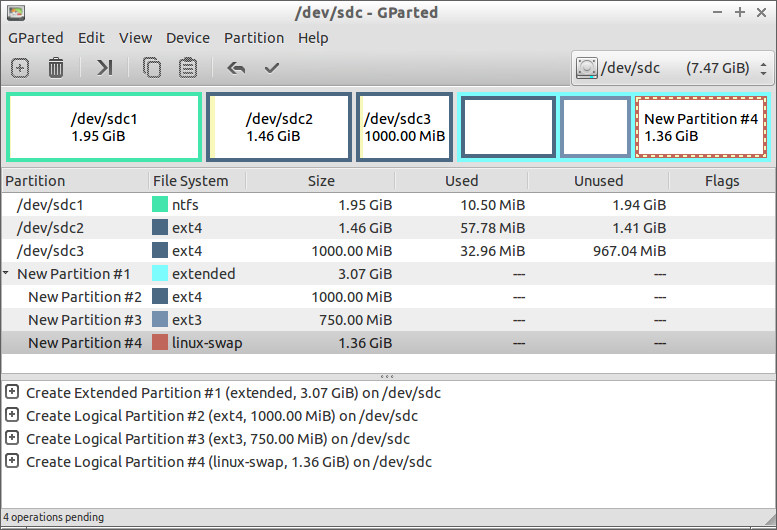 For installing Ubuntu alongside with Windows in dual boot mode that is you need to use Windows and Linux on the same machine follow the steps below.

3. Select language and click next. Here you need to choose the option “Install Linux alongside with Windows”.

4. Click next in space allocation process as the space selected by it automatically is correct.

5. Now click next and enter any username and password. It will automatically install all files and restart.

6. That’s it your are done with installation of Ubuntu Linux.

3. Try Linux without installation on a live disk.

2. Select option with USB stick name in boot option and select try Linux live or use Linux without installation option.

3. Now it will load the default user interface of Linux for temporary use.

Main difference between all above discussed three steps is that in 1st and 2nd method you can have all your hard-disk resources as well as access to all hardware components but in 3rd step you will be in restricted mode that is you cannot access some portions of hard-disk and cannot use Wi-Fi option.

That’s all for this article. We hope you are clear will all the steps discussed above. If you have any doubt or if we have missed any points please comment below.