How to install Xposed Framework for Android Oreo 8.0 and 8.1[Official]

Xposed Framework served as a boon for many android smartphone users. Years ago the only way of customizing an android device was to install custom ROMs. We needed to download the whole OS developed by someone and install it in our device to get a little bit of improvement in user interface. Xposed changed it all by allowing you to just download and install those feature you need without downloading and installing an entire OS. There are different frameworks available under Xposed framework like for themes, fonts etc. You can easily install one and use. We will discuss further about its installation and usage in Android Oreo.

Though Android Oreo has been officially launched in world market it has not reached to each and every device. Only 0.7 % of devices not present in world is using Android Oreo according to reports. Some users have already download customs ROMs of Android Oreo after rooting their device and others are waiting for Xposed update for Android Oreo.
The update is only a beta version and may contain certain bugs. Read further to know how to download and install it.

Pay attention to below points while downloading:

Above was the hard part now from here comes the easy one. We are going to use all the frameworks in the apk by just downloading them. How to download see below.

That’s it we are done with installing Xposed Framework for Android Oreo. 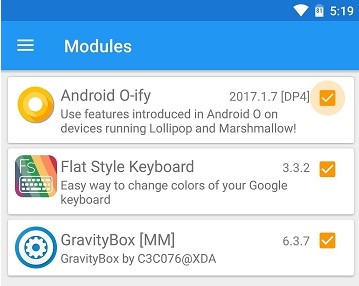 How to Fix Camera Not Working on Android Devices (100% Working)