Facebook and Facebook Messenger have made a great success in the recent time. Everyone whether, they are an Android user, iPhone users, Linux users, BlackBerry users or Windows users always have Facebook and Facebook Messenger app installed on their smartphones. Facebook is happy with its success, and they know that most of the people are using Android operating system platform to connect to Facebook. That’s way Facebook rolled out updates for Facebook and Messenger at regular intervals. By every update they add-on some new interesting features.

By Facebook, we can explore our nearby, we always stay in touch with our friends and relatives. In 2011, Facebook developed and rolled out Facebook Messenger app. Now using Facebook Messenger app we can not only chat but also share our live location, send images, videos, GIFs, PDF files, instant shots, Emojis. With the trend going on Same as of WhatsApp, Facebook added video and calling options in Facebook Messenger. We don’t have to pay for a voice call or video call. Only we need a good internet connection to make a perfect video call or voice call.

Download and Install Galaxy S9 Theme for Any Android Device

How to Boot Galaxy S9 or S9+ into Recovery Mode

Below we have provided both dark themed Facebook and Messenger apps for your android device. Both apps are developed by Near_07 who is a senior member of XDA. We thank his hard work.

– First of all, download both the apps from above link.

– Now move to the location where you have downloaded the both apps in file manager.

– Here click on each app on by one and tap on Install.

– Install both the apps. 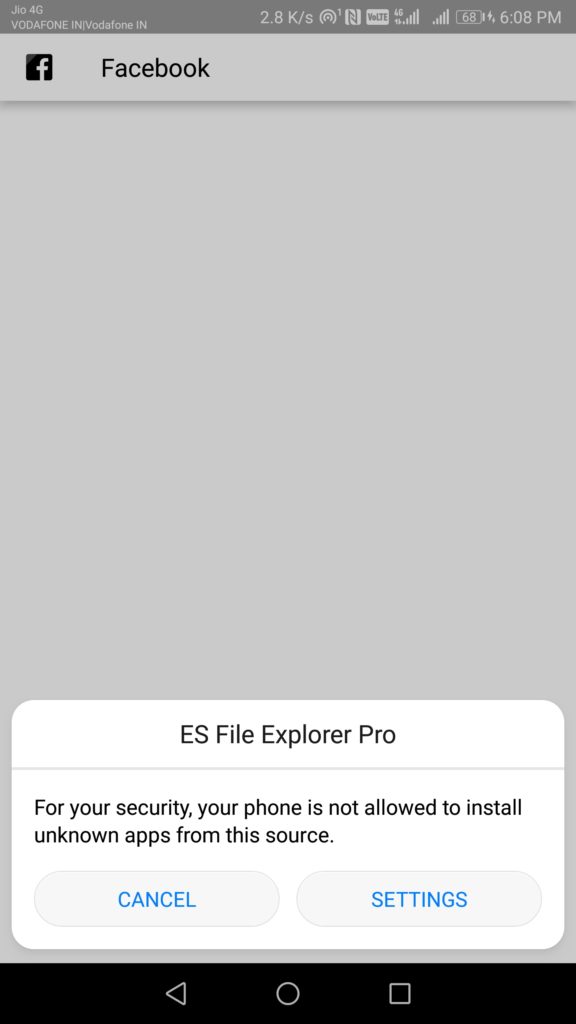 – Congratulations!! You have successfully installed dark themed Facebook and Messenger app on your android device.

Comment below guys if you have any questions and share us your views about dark themed Facebook and Messenger app in comment section below. Stay tuned with Updatemydroid to get regular updates on latest Mods and Custom ROMs. Enjoy!!!

How to Delete your Mobikwik Account – Mobikwik Data Leak Protection

Download Latest Odin Tool 3.13.1 for Android Oreo 8.0 Here this article regards to those guys who stay in the development...